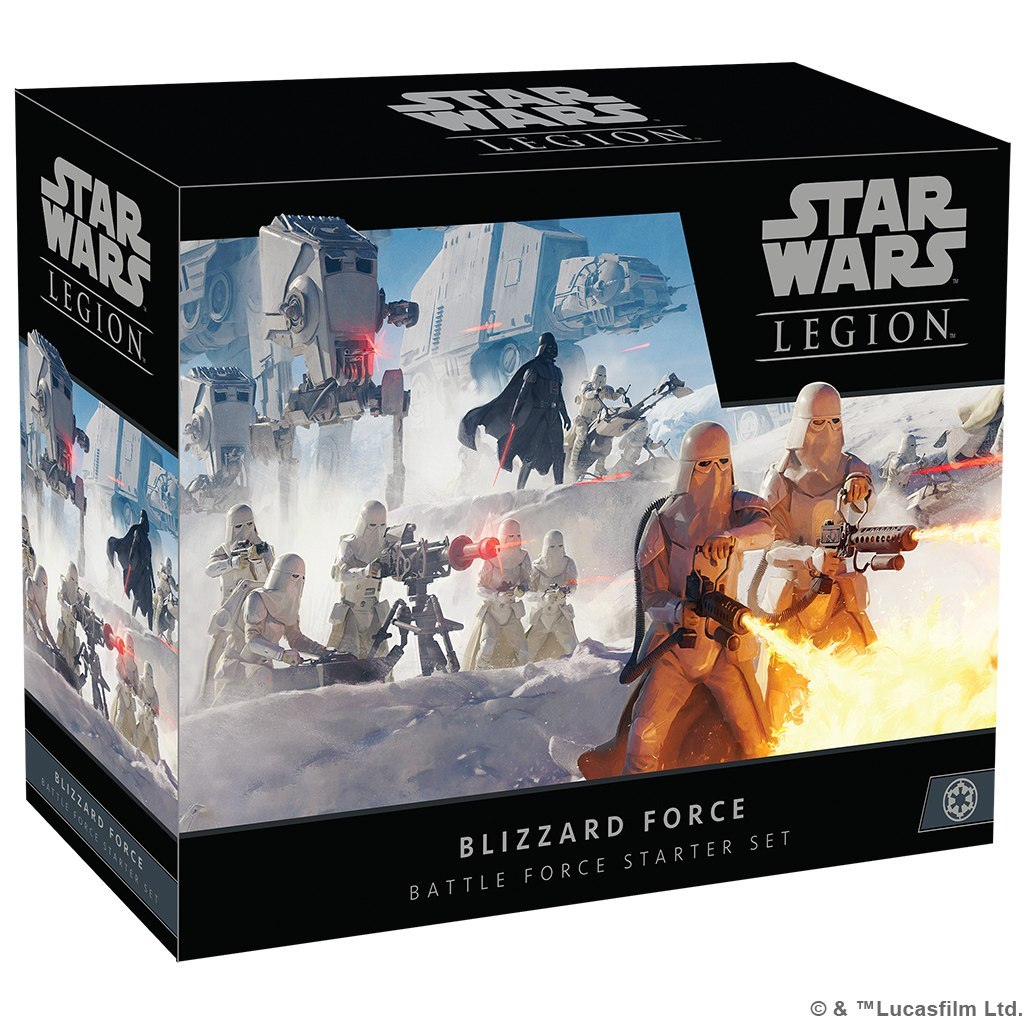 Brak towaru
604.74
Do przechowalni
Your players can begin building their invincible Imperial armies and jump into the battles of Star Wars: Legion with this Blizzard Force Expansion!   Carrying out the orders of Darth Vader himself, the renowned Blizzard Force crushed the Rebel resistance on Hoth and this Battle Force puts everything players need to construct and play their own Galactic Empire armies at their fingertips, including the commander version of Darth Vader from the Star Wars: Legion Core Set, three units of Imperial Snowtroopers, an AT-ST, a unit of 74-Z Speeder Bikes, and a new Stormtrooper Heavy Response Unit.   In addition to these units, players will also find a complete set of basic command cards, reprints of Darth Vaders three command cards from the Star Wars: Legion Core Set, and three new command cards representing the tactics used by the Imperial forces on Hoth for use exclusively by Blizzard Force. Rounding out this set are 26 reprinted upgrade cards that give aspiring Imperial commanders everything they need to outfit their Battle Force and crush all those that stand in their way.
Nie ma jeszcze komentarzy ani ocen dla tego produktu.