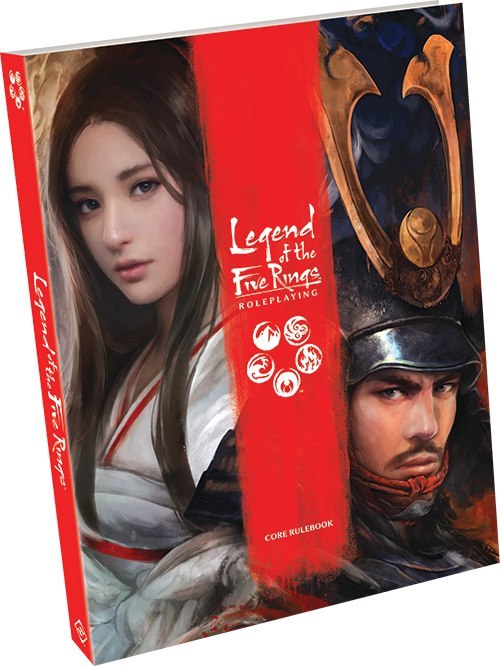 Brak towaru
182.35
Do przechowalni
In the land of Rokugan, the Emerald Empire has lasted for a thousand years. Under the guidance of the noble Hantei emperors, the samurai of the Great Clans have protected the lands from threats within and without, since the Kami came down from the heavens and established Rokugan as the most favored of kingdoms.   But after centuries of prosperity, cracks appear in the Empire’s foundations. The spirits of the land have become restless and wild. Armies of evil horrors march from the Shadowlands. Members of the Great Clans have begun to wonder if the time of the Hantei is over, and whether the heavens would favor new rulers…   As a samurai of the Emerald Empire, your duty lies in service to your lord, your clan, and your Emperor. Will you stay true to your duty, no matter what sacrifices it demands of you? Or will you hold true to your own code of honor, even to the point of death?     At 336 stunning, full-color pages, the Legend of the Five Rings RPG: Core Rulebook allows Game Masters and players alike to enter the world of Rokugan like never before.   The Legend of the Five Rings RPG: Core Rulebook is the next step after the Legend of the Five Rings RPG: Beginner Game, and offers players new and deeper ways to customize their characters and craft their own adventures in the Emerald Empire.   Be sure to check out the player resources for Legend of the Five Rings Roleplaying in the support section of our minisite, including blank campaign sheets, character sheets, the Game of Twenty Questions, and DLC content!
Nie ma jeszcze komentarzy ani ocen dla tego produktu.