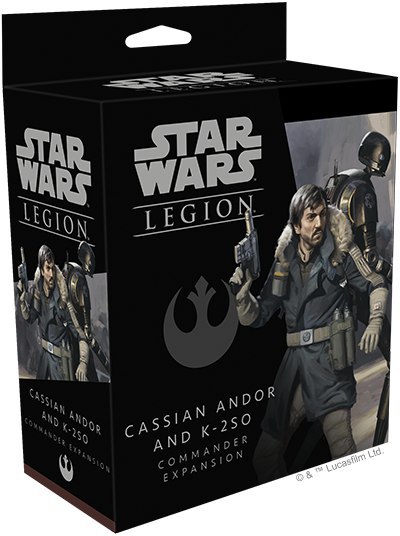 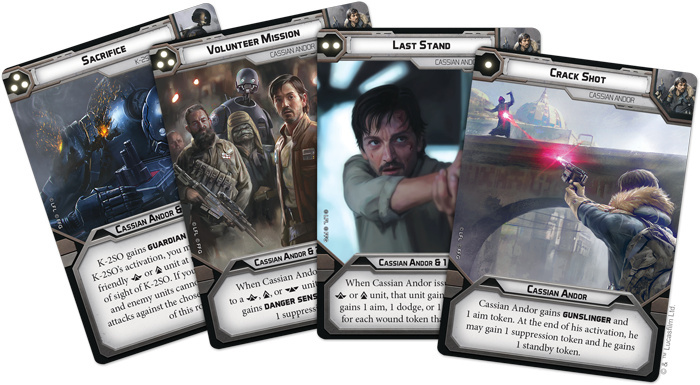 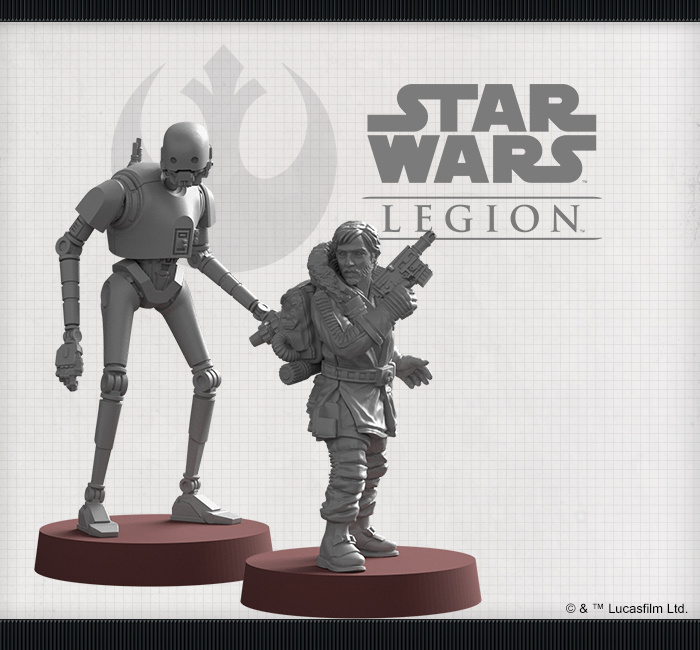 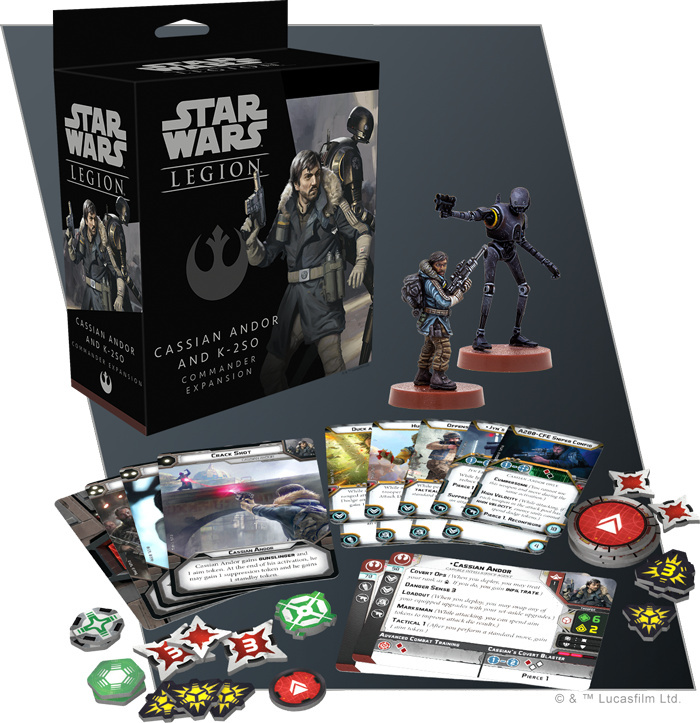 One of the Rebellion's most capable intelligence agents, Cassian Andor has dedicated his life to the cause. Capable of both leading an all-out assault or operating independently on the battlefields of Star Wars: Legion, Andor is a versatile addition to any Rebel army.

No matter what role you choose for Andor, the reprogrammed KX-series security droid K-2SO is ready to assist in any operation with both his massive strength and tactical analysis.

Cassian Andor can be assembled with three different weapon options, including his compact blaster and his A-280-CFE in its pistol configuration. K-2SO, meanwhile, can be assembled carrying Jyn Erso’s SE-14 blaster, a grenade, or with his hands free.